This week my dude turns seven. Seven. I don’t know how it happened and I don’t want to know, but I sure am proud to be his papa. 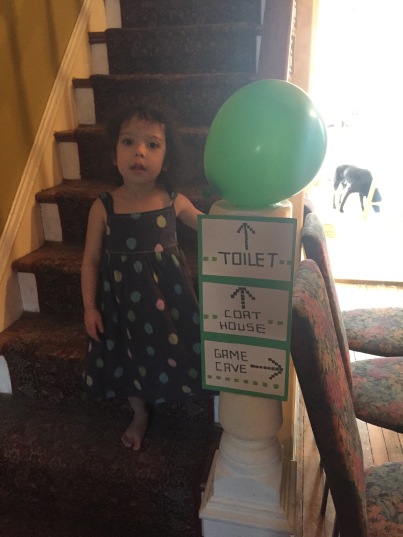 Emi posing with the signs 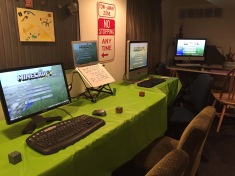 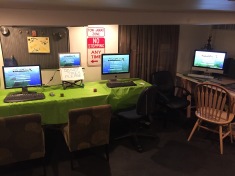 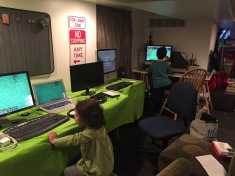 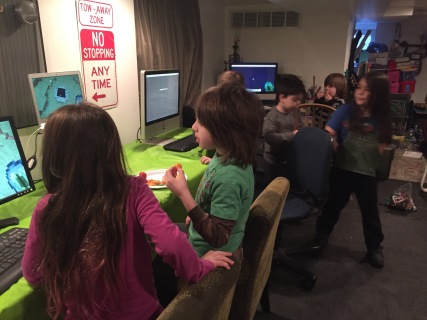 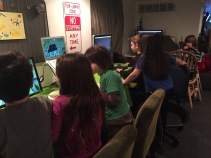 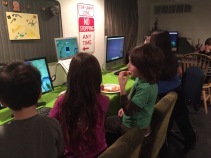 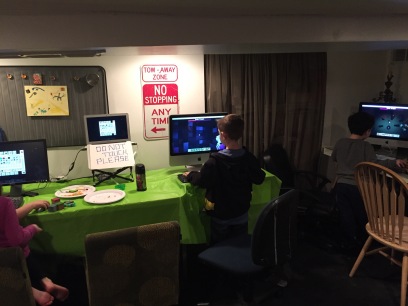 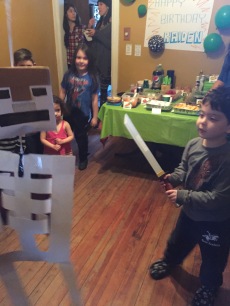 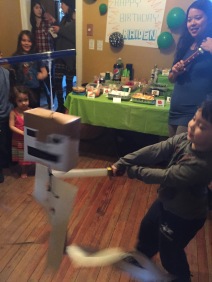 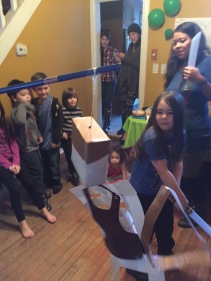 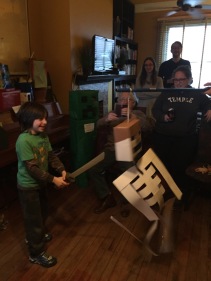 Good thing he doesn’t have his arrows. 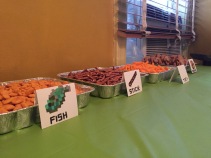 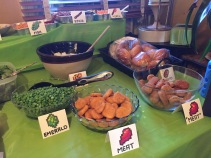 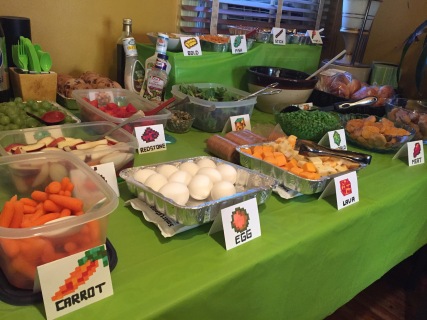 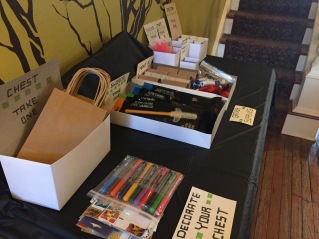 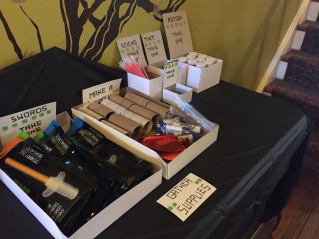 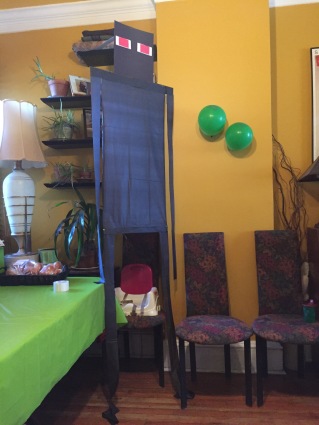 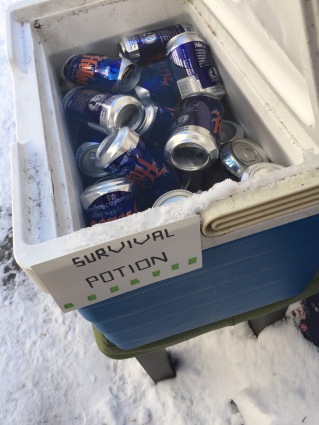 Survival postion for the grownups 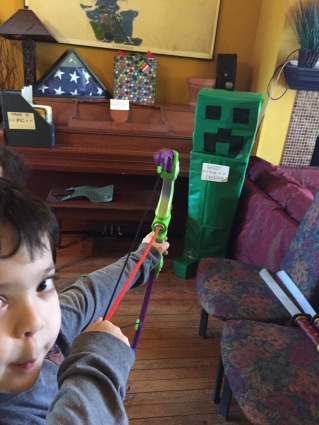 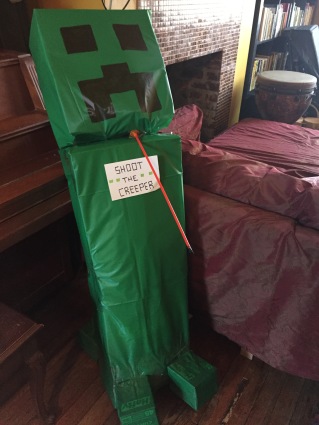 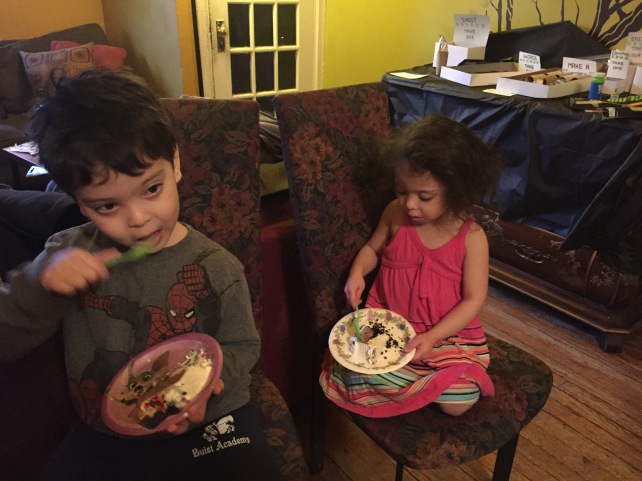 What you see here is the work of Lu. I was just a pawn, catering to her every need. Take a look at the images above and note the beauty of her work:

Of course, I did have my dad-specific projects as well, which included the “Survival Potion” for the grown-ups and the Game Cave.

The Game Cave was pretty neat to put together. I ran two iMacs and a MacBook Air, as well as some additional monitors in case the stations got crowded.

iMac 1 was the “server,” which was hosting the game on our local network. The MacBook Air served as not only the space for an additional monitor, but allowed me to use AirPlay to mirror the display to the TV up in the living room (via an AppleTV.) This made it so that the grown-ups could watch the game that was taking place in the basement, live. When they decided to battle the Ender Dragon, I saw it as it was happening, and went downstairs to offer my advice.

Overall the day was fantastic. We had a blast and so did the kids.

Last night, while putting The Dude to bed, he wrapped his arms around my neck and said “Thanks, dad.” Mission accomplished.